William Glasser was an American Psychiatrist who, in 1965, published the book “Reality Therapy”. In this he challenged the then traditional views of psychiatry about the nature of mental illness, the helping process, the use of the past and many other ideas about human life.

He believed that so-called “mental illness” is in fact a behaviour chosen by the individual in an attempt to keep his or her life in balance. This choice is not necessarily conscious but is always the individual’s best attempt at any given time to meet his or her needs. Glasser’s belief in the ultimately positive intent behind all human behaviour counters many other views that see some human behaviour as a “disorder”.

He never accepted the “chemical imbalance” theory of human behaviour nor the pharmaceutically based treatment that stems from such a view. At the same time he taught about “total behaviour”, the idea that all our behaviour is made up of four inseparable components: doing, thinking, feeling and physiology. This leads to a form of therapy that helps the person make life-changing choices by changing any one of these four components, usually the doing or thinking dimensions as these are the easiest to control directly.

Glasser believed that when a person has a psychological problem it exists in the present, although it may have been influenced by past experiences. Therefore his therapeutic approach focuses very much on the present world of the client.

Human problems arise when an individual’s basic needs are not being met and Glasser saw relationships as intimately tied up with how people meet their needs. Hence his therapy pays a lot of attention to the relationships in people’s lives. 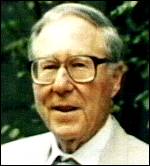 Apart from authoring many books in the areas of therapy, education and management, Dr. Glasser taught his ideas through his own institute, in public lectures and by participating in major conferences on psychotherapy and education.   In 1998 he published “Choice Theory”, his new theory to explain not only the processes of Reality Therapy but also human behaviour in general.  He spent the rest of his life promoting Choice Theory psychology and its application to mental health.

William Glasser passed away on the 23rd of August 2013 in Los Angeles.

We use cookies here on the WGII website to give you the most relevant experience by remembering your preferences and repeat visits. By clicking “ACCEPT”, you consent to the use of ALL the cookies. A Cookie Settings link will always be available at the foot of this page.
Cookie settingsACCEPT
Manage consent

This website uses cookies to improve your experience while you navigate through the website. Out of these, the cookies that are categorized as necessary are stored on your browser as they are essential for the working of basic functionalities of the website. We also use third-party cookies that help us analyze and understand how you use this website. These cookies will be stored in your browser only with your consent. You also have the option to opt-out of these cookies. But opting out of some of these cookies may affect your browsing experience.
Necessary Always Enabled

Performance cookies are used to understand and analyze the key performance indexes of the website which helps in delivering a better user experience for the visitors.

Analytical cookies are used to understand how visitors interact with the website. These cookies help provide information on metrics the number of visitors, bounce rate, traffic source, etc.

Advertisement cookies are used to provide visitors with relevant ads and marketing campaigns. These cookies track visitors across websites and collect information to provide customized ads.

Other uncategorized cookies are those that are being analyzed and have not been classified into a category as yet.