A very succesful international conference has just concluded in Bogotá, the capital of Colombia.

Over 300 delegates attended with over 80 of these from countries outside of Colombia.  From Ireland we had Gisela Oates, Patrick Coughlan and Brian Lennon.  In addition Dr. Terry Lynch was one of the keynote speakers and made a great impression with his very clear exposition of the abuse of psychiatric medication. 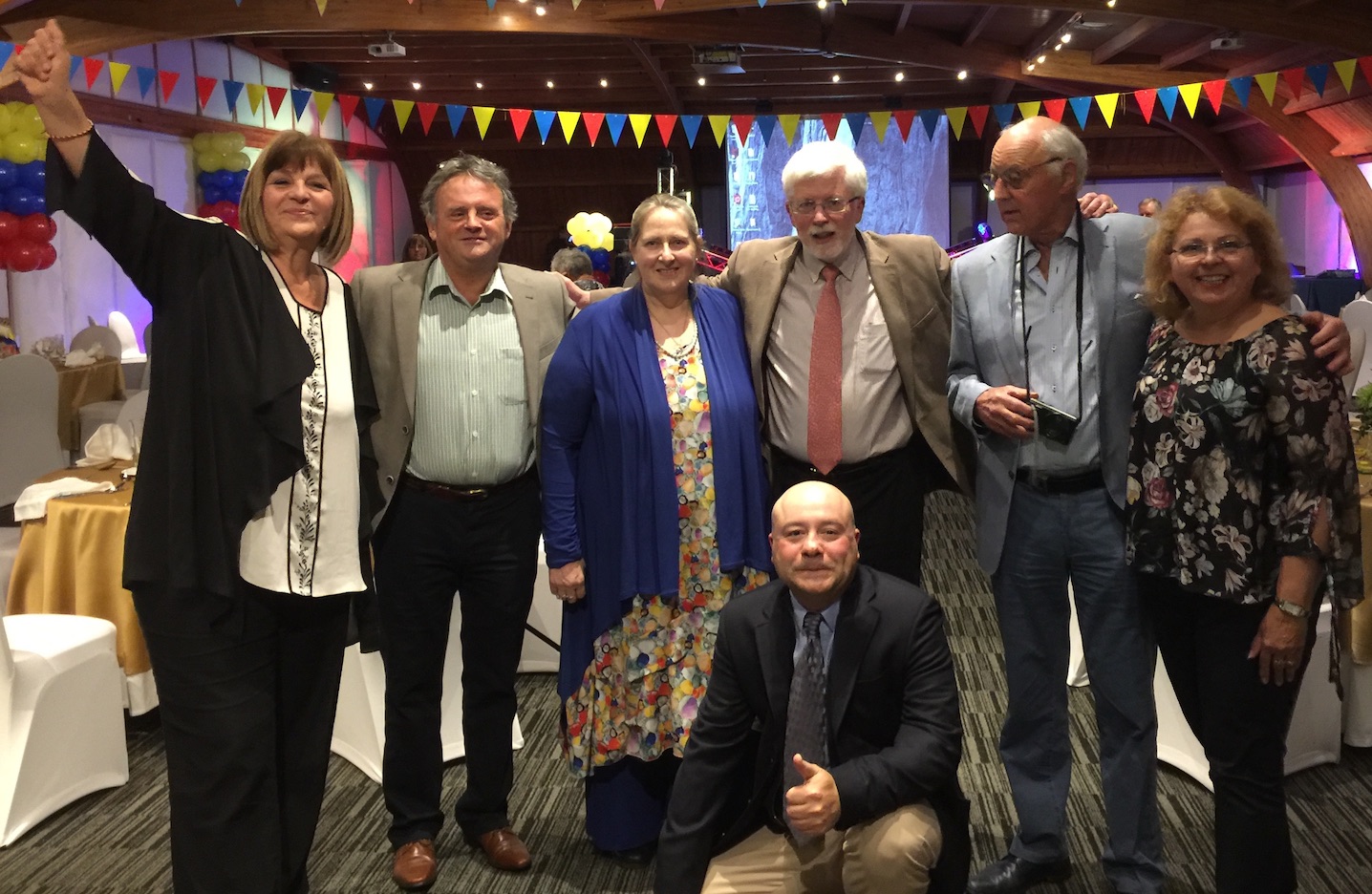 The photograph shows the European group in Bogotá with delegates from Croatia, Spain and Ireland.

Keynotes and workshops continued from Thursday to Saturday.  As usual, there was a wide range of topics covering all the applications of Choice Theory psychology.  A significant number of the presenters were from Colombia itself, a clear measure of the success of the local member organisation, Fundación Eligir.  In this conference they presented a wonderful showcase of Choice Theory and of Colombia itself, a country that is rapidly moving towards greater peace and stability.

The first two days used the excellent Casa Dann Carlton Hotel and on Saturday everyone was taken by buses to Rochester School, probably the biggest Glasser Quality School on the planet.  Not only does   Rochester School use Choice Theory but it also promotes environmental awareness in a very concrete way.  Solar energy is used to heat water throughout the buildings and an amazing water recycling plant ensures that as much water as possible is recycled for other uses.  The entire school was built about six years ago and every aspect of its architecture is geared to creating a Choice Theory environment.  For example, all classrooms are circular with lots of space for moving around.

On Saturday night the conference concluded with a banquet packed with surprises.  Two waiters, a chef and a photographer turned out to be opera singers, part of a flash mob, and their performance was outstanding.  Later the night was steeped in a salsa atmosphere complete with music from the sixties.

Sunday morning had a meeting of all the faculty who had come to Bogotá.  There were other meetings too.  The International Board of WGI had met in the days leading up to the conference and had meetings afterwards also.

There was a major dilemma for the conference organisers on the first day of workshops since Colombia was playing Senegal in the Soccer World Cup.  The organising team led by Juan Pablo Aljure took a very wise decision and incorporated the match into the programme.  It turned out to be a wonderful bonding exercise and perhaps future conferences would do something similar.

A highlight of the conference was Dr. Terry Lynch’s presentation together with an online talk by Dr. Peter Breggin.  In 2017 Dr. Breggin had an interesting interview with Dr. Terry Lynch and this can be accessed HERE.

Massive congratulations to Fundación Elegir of Colombia for planning and running this amazing conference.  We all left Colombia with heavy hearts but looking forward to the next International Conference in Croatia in 2020.

We use cookies here on the WGII website to give you the most relevant experience by remembering your preferences and repeat visits. By clicking “ACCEPT”, you consent to the use of ALL the cookies. A Cookie Settings link will always be available at the foot of this page.
Cookie settingsACCEPT
Manage consent

This website uses cookies to improve your experience while you navigate through the website. Out of these, the cookies that are categorized as necessary are stored on your browser as they are essential for the working of basic functionalities of the website. We also use third-party cookies that help us analyze and understand how you use this website. These cookies will be stored in your browser only with your consent. You also have the option to opt-out of these cookies. But opting out of some of these cookies may affect your browsing experience.
Necessary Always Enabled
Necessary cookies are absolutely essential for the website to function properly. These cookies ensure basic functionalities and security features of the website, anonymously.
Functional
Functional cookies help to perform certain functionalities like sharing the content of the website on social media platforms, collect feedbacks, and other third-party features.
Performance
Performance cookies are used to understand and analyze the key performance indexes of the website which helps in delivering a better user experience for the visitors.
Analytics
Analytical cookies are used to understand how visitors interact with the website. These cookies help provide information on metrics the number of visitors, bounce rate, traffic source, etc.
Advertisement
Advertisement cookies are used to provide visitors with relevant ads and marketing campaigns. These cookies track visitors across websites and collect information to provide customized ads.
Others
Other uncategorized cookies are those that are being analyzed and have not been classified into a category as yet.
SAVE & ACCEPT
0
Scroll to Top